“Upload”: The Bleak & Funny Look At The Afterlife You Didn’t Know You Needed

Don’t let the soft edges, bright colors, well-timed jokes, and gentle romance fool you, the first season of Upload is a cynical and satirical look at a near-future class-based afterlife. And I mostly enjoyed the layers of  humor and bleak stories.

In the year 2033, Nathan Brown (Robbie Amell) is a coder who is possibly on the verge of launching something that will revolutionize the digital afterlife. Then he is killed in a self-driving car accident, which everyone says is impossible. Well, he’s not killed, exactly. He’s badly wounded, and then is forced to make a split second decision: Possibly die in the operating room and take his chances on an old school afterlife, or give his girlfriend Ingrid (Allegra Edwards) permission to upload his consciousness to Lake View, the ritziest of all the virtual heavens (of which there are many), which her family owns. She promises to foot the bill and she assures him that this way they can be together (virtually) for eternity. In a panic, he agrees, so they explode his head, and all his thoughts, memories, and such are uploaded into a virtual avatar.

Lake View bills itself as having the “most perfect natural beauty that man can design.” And it offers the “best days of your life could be after it’s over.” But, of course, nothing—not even heaven—is quite as good as it as the advertisements make it look. The view of rippling lake  water looks better from afar. Up close you can see that it’s a gif that repeats over and over. “Bios” (those still alive) and “Uploads” can communicate via video chat, text, or virtual reality, which makes the afterlife seem more like a bizarre purgatory for everyone, where grief can never be fully processed and the dead are forced to watch life go on without them. It also leads to a number of awkward conversations and attempts at virtual sex. Because of his connection to Ingrid and her willingness to pay, Nathan lives with the most upper class avatars in what appears to be a swank ski lodge hotel. With the twist of a thermostat dial, Nathan can change the season he sees outside his spacious room’s window, but extras (like food from the mini bar or catching a cold) require an in app purchase, which Ingrid must first approve. There is a foppish and glitchy AI bellhop who tends to guests’ needs, but also tries to sell people packs of Orbit gum (“Now with twice the sorbitol!”) and maybe has a crush on Nathan. There is a breakfast buffet with an endless amount of maple bacon donuts, which apparently is a big deal, but it disappears at 10am. And Nathan has to come to terms with the fact that someone chose to program the avatars to even feel hunger in the first place, which Lake View then monetizes. That shit is dark, right? David Choak (William B. Davis), of the infamous Choak brothers (the slight change of the name makes the reference even more obvious), lives across the hall in a 25,000 square foot mansion. He brags about having had people kill the last black rhino just so he could get the taste right for his virtual steak.

Nathan both relishes and chafes against his concierge level status in the afterlife, and he’s uncomfortable that he has to ask Ingrid permission to buy extras. But, as he later learns, he might not be ready to settle for the more affordable afterlife of the 2 Gigs. These people live in Lake View’s windowless grey basement, and  must use their allotted 2 GB of data for everything from eating to purchasing a window to calling home to thinking too hard. A running count of their remaining data floats constantly above their heads. When it runs out they simply freeze until the next billing cycle, or until a living person takes pity on them and adds more funds. Don’t you just love capitalism?!?

Nathan is guided through his transition by an angel (Andy Allo). No, not the kind with wings, but a live customer service technician who works for Horizen, the corporation that owns Lake View. Her main job is to keep the uploads happy and complacent, to stop them from throwing themselves into the data torrent thereby ending their afterlife life (and also losing Horizen some revenue), and upselling them on things like a new (virtual) burrito from NokiaTacoBell. Strictly speaking, she’s supposed to remain distant and anonymous, get as many five star reviews as possible, and not form a relationship with the Uploads, but what kind of a boring show would that be? Early on she tells Nathan that her name is Nora, that she lives in Queens, and that she’s worried about her father who has Vape Lung, but doesn’t want to be uploaded when he dies. (Nora and her officemate Aleesha (Zainab Johnson) are my favorite characters. I will watch the remake of this show that is focused entirely on their lives.)

Obviously, even though Nathan is more than a little self-involved, already has a girlfriend, and is extremely dead, romance blooms between these two crazy kids. And look, I get why he’s into Nora, but I’m not sure what she sees in him. A big deal is made about how he’s so hot, but, is he really? I’ll let you decide for yourself. I think maybe it’s that he’s young and vulnerable and so very human. And she’s desperately lonely. I’ll allow it in a way I never would if this were a movie or series with a romance between a living person and a ghost, except in Ghost, of course, because that’s different. But I’m still not sure I completely buy into it. Together, Nora and Nathan, when they’re not staring deeply into each other’s virtual eyes or holding virtual hands, try to unravel the mystery of Nathan’s missing or corrupted memories, and whether or not his accident was actually Murder Most Foul. (The murder subplot was the most confusing and because of that least compelling aspect of the show to me. My hope is that if/when there is a second season it will get more interesting.)

The show is packed with layers of details about the world (both Bio and Upload) of the future. These are both funny, disturbing, and sometimes just a little too in your face for me. It feels a little like in the first season of Mad Men where I felt like they kept pointing things out like, “Oooh, look, a rotary phone!” or “Oh, wow a mother smoking right in front of her children! How very 1960s!!” But mostly I liked all the details. For example, only the richest people can afford real food. Everyone else eats branded 3-D printed meals. In one scene Ingrid asks Nathan to grab a box of toast from Bloomingdales, a mini-mart where boxes and boxes of 3-D food cartridges line the shelves, with a robot running the checkout.

In another, a young girl is shocked to learn that chicken has bones.  Like I said, fucking bleak. Before Nora and a one-night-stand have sex they slap on glowing buttons that show they both consent. Nathan calls into his funeral, which is live-streamed to other locations, via video chat. There’s a Kamala/Oprah 2024 political poster in the background of one scene. (In that scenario would Dr. Phil and Dr. Oz have cabinet positions? Because, nope! That’s not okay. Also, we’ve tried a celebrity president and it’s been rather less than successful, no?) While there are self-driving cars everywhere, somehow city buses and subways look nearly exactly the same as they do now and sometimes break down. Another depressing commentary on class and capitalism. Only a few people are wearing masks, which is very triggering right now. AND people still watch crap in public WITHOUT wearing headphones. What?!? This is a dreadful future and is quite possibly the most cynical and bleak thing about the entire show.

I should warn you that there are two scenes that particularly raised my chronically ill hackles. In one, Nathan’s new acquaintance Luke (Kevin Bigley) is explaining how he lost his legs in a war and used a wheelchair until one day he threw himself into the scanner (the thing that explodes your head and uploads your essence). He giddly explains that now he’s got legs. It seems to imply that being dead is better than being a double amputee in a wheelchair, which is disgustingly ableist and alarmingly demeaning and dismissive. Second, early on Nathan explains how being an adult means being an independent, healthy, capable person on whom people rely. I mean, screw that bullshit. This is, again, an ableist narrative of what counts as a meaningful existence. It’s built on lies and a capitalistic system that values your ability to work above all else. It seems to be the antithesis of what the show is trying to say, so perhaps it’s part of a longer game.

Obviously, everyone is going to compare Upload to The Good Place, but where The Good Place concerned itself with the philosophical, Upload is focused on the tangible, though both are wrangling with how we can improve ourselves as individuals, make meaningful connections, and perhaps save humanity. That’s a long way of saying, don’t expect this to be The Good Place, but that doesn’t mean you can’t enjoy it anyway. (Tahani would be extremely hurt to hear me say this, of course.)

I don’t know, guys. I don’t know that I would have said that funny and bleak with a side of Sci-Fi was my thing, but I guess I contain multitudes because I enjoyed this series more than I thought I would. It feels funny to tell you that this felt like escapism from the current “troubles” (I’ve run out of ways to say garbage fire), but it kind of does.

One thought on ““Upload”: The Bleak & Funny Look At The Afterlife You Didn’t Know You Needed” 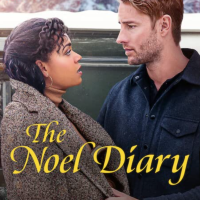 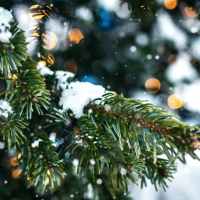 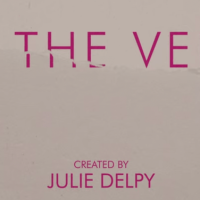